Runner Paige Dumont Makes It On The Cross Country Record Board 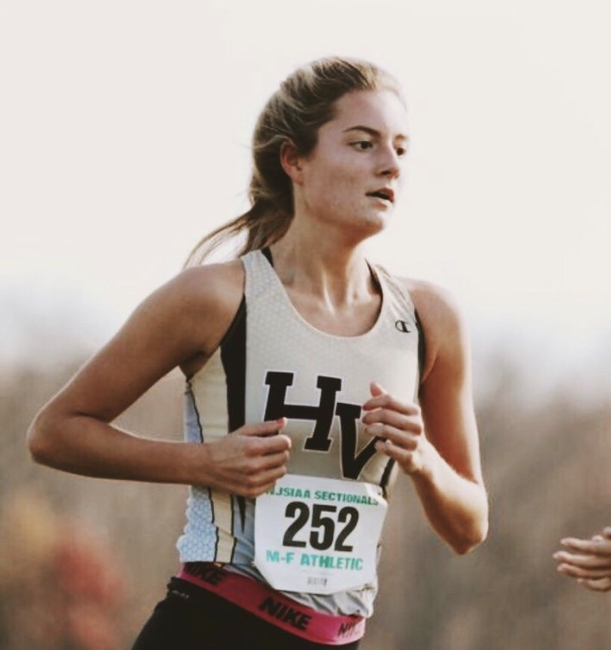 Hopewell Valley’s Cross Country record board houses some of the greats. The board exhibits 5k times at two specific courses for, Holmdel and Thomas Park, for the school’s top five female and male athletes. These parks were chosen because their course routes stay consistent and don’t undergo many changes which is important to fairly compare 5k times.

The record board not only demonstrates CHS records but also the hard work and dedication that the student athletes have put in to be the best. Over the past six years, the names displayed on the board have remained unchanged. However, there has finally been a change. Varsity Cross Country runner Paige Dumont has been added for breaking a record at Thomas Park. 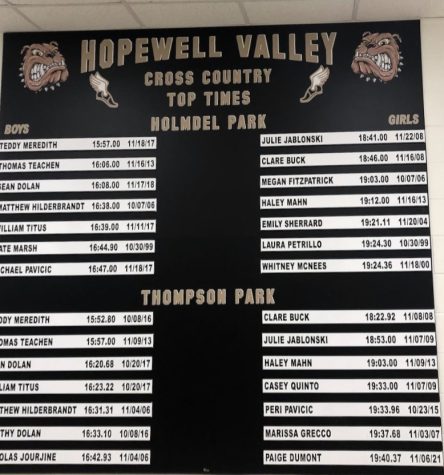 Paige Dumont is a junior at CHS and has been running for six years. When interviewing her, although she didn’t run consistently as a child, she did say she participated in the yearly Pumpkin Run throughout her elementary years which was hosted by the CHS cross-country team. Thus sparking her love for running.

Paige says she loves running because she “finds it therapeutic.” One piece of advice that she gives to runners is that there are always ups and downs, good days and bad days, but you have to persevere and push through.

Paige’s personal perseverance is evident through her many achievements such as being selected by Mercer County Track Coaches Association All-Stars (MCAT) as the 2020 runner of the year. When asked about how finally getting on the board made her feel, Paige said she was very excited. She went on to explain “my freshman year I was around 40 seconds slower, last year I was 20 seconds away and then this year I finally got it.”

As she progresses throughout her high school career, Paige strives to continue her training and solidify her name as a record holder at CHS.