Unpacking the Diplomatic Boycott of the Olympics 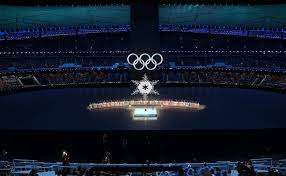 The 2022 Beijing Winter Olympics began on February 4th and ran through February 20th, but the games were marked by a unique political tension. For an average American, what has happened and what does it mean?

In December, the Biden Administration declared a diplomatic boycott of the Olympics, meaning that American athletes could compete, but no official government personnel would attend. The decision was, according to a BBC report, intended as a way to reprimand China over continuing human rights abuses, including China’s mass “re-education” of a minority group of Uyghur Muslims in detention and concentration camps.

On Friday, February 4th, the day of the opening Olympic ceremonies, President Vladimir Putin of Russia and President Xi Jinping of China declared a “no limits” alliance to push back against the West. 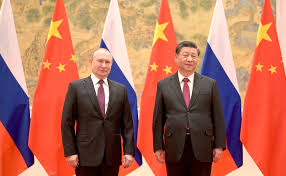 In addition, Russia’s military buildup on the border of Ukraine, China’s continuous claims of sovereignty over the nation of Taiwan, and the perceived threat of NATO (the North Atlantic Treaty Organization, an alliance between Western nations) all contributed to their declaration of allegiance — and subsequently to the tensions between them and the US, playing out on an Olympic stage.

Ultimately, the conflict stands to challenge the unified, peaceful message of the Olympics and demands an unpacking of their often-nationalistic symbolism.

Although some nations, including Britain, Canada, and Australia, also enacted diplomatic boycotts, many world leaders questioned the efficacy of such an action. President Macron of France even called the boycott “symbolic and insignificant,” joining with other Western countries such as Italy, Norway, Finland, and Ireland in his choice to have diplomats attend.

But rather than pretend the Games were business as usual, some of those in doubt instead called for harsher boycotts. In an article published on The Conversation, Macintosh Ross and Hellen Lenskyj argued that a broadcast boycott was necessary in order to undercut the IOC (International Olympic Committee) given that 73% of their funding comes from the sale of broadcasting rights to stations like NBC. Disrupting the Olympics and their organizers in such a fundamental way was seen as a manner of forcing them to recognize and punish China’s human rights abuses.

Still, to others sporting boycotts are ineffective to begin with. According to the BBC, the full boycotts of the 1980 Moscow and 1984 Los Angeles Olympics by the Western and Eastern blocks, respectively, are often seen as having little political impact. And although an international boycott of sporting events in Apartheid South Africa helped undermine white confidence and wear down the regime, this was not the only factor, nor did it involve the same Olympic context. These historic examples bring boycotts’- even harsher ones’- significance into question.

As for the 2022 Olympics, demands for a broader boycott failed to sway influential organizations. NBC, which, a Reuters article notes, paid $7.65 billion for broadcasting rights of the Olympics through 2032, claimed that it would include coverage of political issues, but would maintain a focus on the athletes.

Although profit thus likely factored into the decision, their justification of “keeping” the Olympics about the athletes characterizes another, more common protest to the diplomatic boycott.

Politicization of the Olympics

Proponents of this idea opposed Biden’s diplomatic boycott on the grounds that it brought “politics” into the Olympics, entering into a long-lasting discussion on the international value of the Games in doing so.

The IOC’s longest serving board member, Dick Pound, has proclaimed that the organization has “no role in bringing about political change.” In fact, IOC Rule 50 prohibits athletes from acting out any political protest or propaganda during events or ceremonies in an attempt to enforce this neutrality.

Thomas Bach advocates in The Guardian, from the athletes’ point of view, against boycotts, reinforcing the IOC’s claim of neutrality and espousing Olympic virtues of unity and diversity. With the focus on the athletes, in Bach’s view, the Olympics are clearly about a recognition of shared humanity through sport.

Of course, these notions of good will beyond politics have not always matched up with Olympic experience.

The backlash in China to Chinese-American figure skater Zhu Yi, who opted to compete for China in the Olympics but fell multiple times on the ice, was characterized by CNN as reflecting deteriorating relations between US and China. The skater faced social media shaming and comments that a native-born Chinese athlete should have been given her spot, hostility that suggests that athletes- and the Olympics- are not immune from the political context of the Games.

Even in the 20th century, sports were often intertwined with international politics. The 1936 Berlin Olympics became a site for Nazi propaganda. Cold War conflicts led not only to protests of the Olympics but also to tense games and political messaging, as with the 1945 visit of the Soviet Union’s Dynamo Moscow football (soccer) team in Britain.

As George Orwell put it in The Sporting Spirit, “Instead of blah-blahing about the clean, healthy rivalry of the football field and the great part played by the Olympic Games in bringing the nations together, it is more useful to inquire how and why this modern cult of sport arose.” The ideal of unity has long been questioned in light of the constant political conflicts in international sports, and yet it continues to dominate the perception of the Olympics.

In the end, regardless of whether or not the diplomatic boycott is considered effective, it exposes a societal tendency to minimize the seemingly inherent political meaning of the Olympics. Facing and understanding this influence on an individual and a systemic level may allow us to better analyze the Games’ positive and negative impacts.